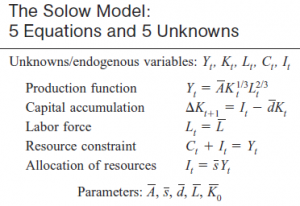 The capital accumulation equation summarizes the law of motion of capital. It states that capital next period is equal to capital this period, plus investment and less depreciation of capital.

The labor force is assumed to be constant such that Lt is equal to Lt+1, so there is no growth in population. Obviously, this is a simplified assumption and will be relaxed in a more detailed derivation. 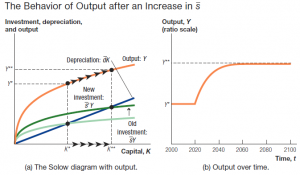