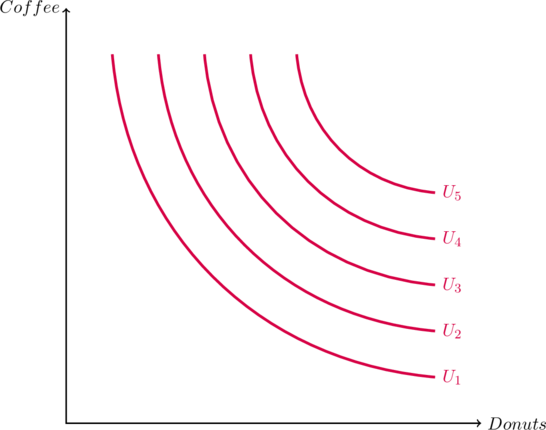 . Higher level of utility is presented by a higher utility function such that

, meaning the consumer is better off at

Recall that total derivative of a function

Using the same logic, the total derivative of a function

Since, an indifference curve represents no change in utility, i.e.

we can say that

The slope of the indifference curve is given by

which can be manipulated from the above expression. By rearranging, we can write

. This can be further re-written as:

We can notice a few things about the

. What happens to the MRS in this case? As a consumer moves along the

This makes the indifference curve convex as the MRS

increases. That is, the slope of the indifference curve decreases as

As shown in figure above, strictly convex preferences show that the marginal rate of substitution (MRS) decreases as we move down the indifference curve. The more of a good you have, the more willing you are to sacrifice it to gain an additional unit of another good. 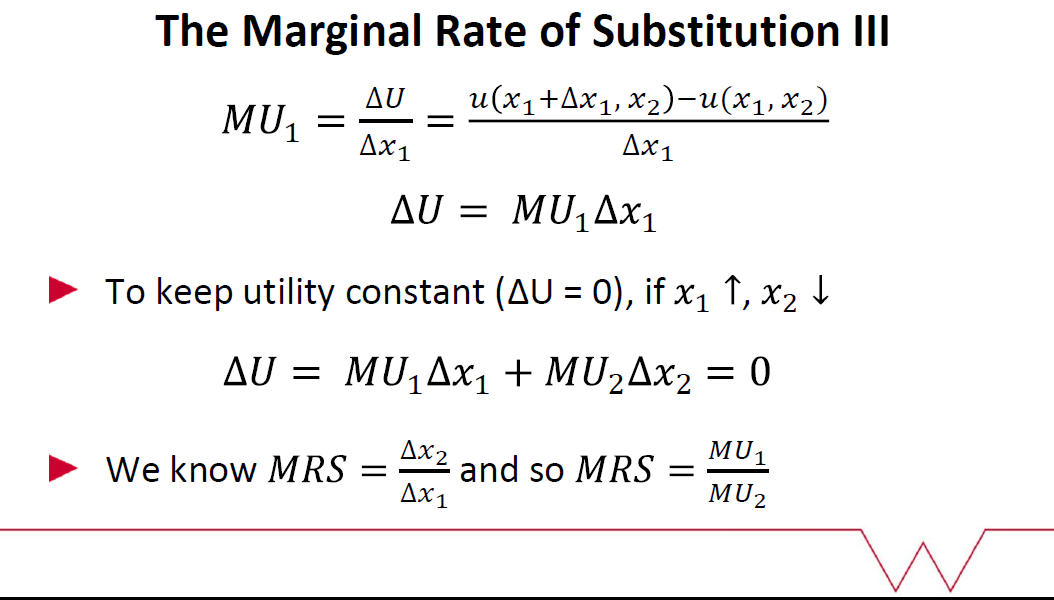 Monotonicity (non-satiation)
– We are talking about goods and not bads >> More is better!
– Consider two bundles X and Y. If Y has at least as much of both goods, and more of one, then

Continuous
– If X is preferred to Y, and there is a third bundle Z which lies within a small radius of Y, then X will be preferred to Z.

Book a free trial with our Economics Tutor at Warwick University for any economics or finance course.